4 good reasons to eat cheese, even during a diet

The dates of consumption in food

The Payoya goat and trends in cheese.

Like all products, cheeses also are also subject to going in and out of style. What happens is that in contrast to what can happen with for example, trends in fashion, which are short-lived, in the world of cheeses, a fad indicates the discovery, many by Spaniards and some by foreigners, of cheeses of exceptionally high quality. In this way, the Spanish have continued with the discovery of some of the most valued cheeses, such as the Torta del Casar for example. A foreigner discovered the cheese Páramo del Guzmán (the entire product of which was lost in a fire, to your chagrin and ours). And now it's the Payoya goat cheese's moment. A cheese that continues to win both national and international awards and distinctions.

But what is the Payoya goat? The name "Payoya" originates from Villaluenga del Rosario, in the province Cádiz, which is one of the towns where the birth of this species took place. The inhabitants of this town are called Payoyos. One of the things that distinguishes the Payoya goat or Montejaqueña goat is that it is considered endangered, and is therefore protected. Currently it is only the production of its cheese that maintains the goat's population and development. In fact, this production has entailed an expansive development which has increased the number of livestock to around 7,000 heads. They say this species is also being developed in Cataluña, with a population of 55 heads, according to the last official census.

This goat pastures generally in the Sierra de Cádiz, in Sierra de Grazalema's national park, and in Malaga, in the Sierra de Ronda. It roams freely and feeds on natural grasses. Due to its diet, the milk it produces contains less fat, a happy circumstance that many cheesemakers take advantage of themselves to be able to maintain their habit even during bikini season. 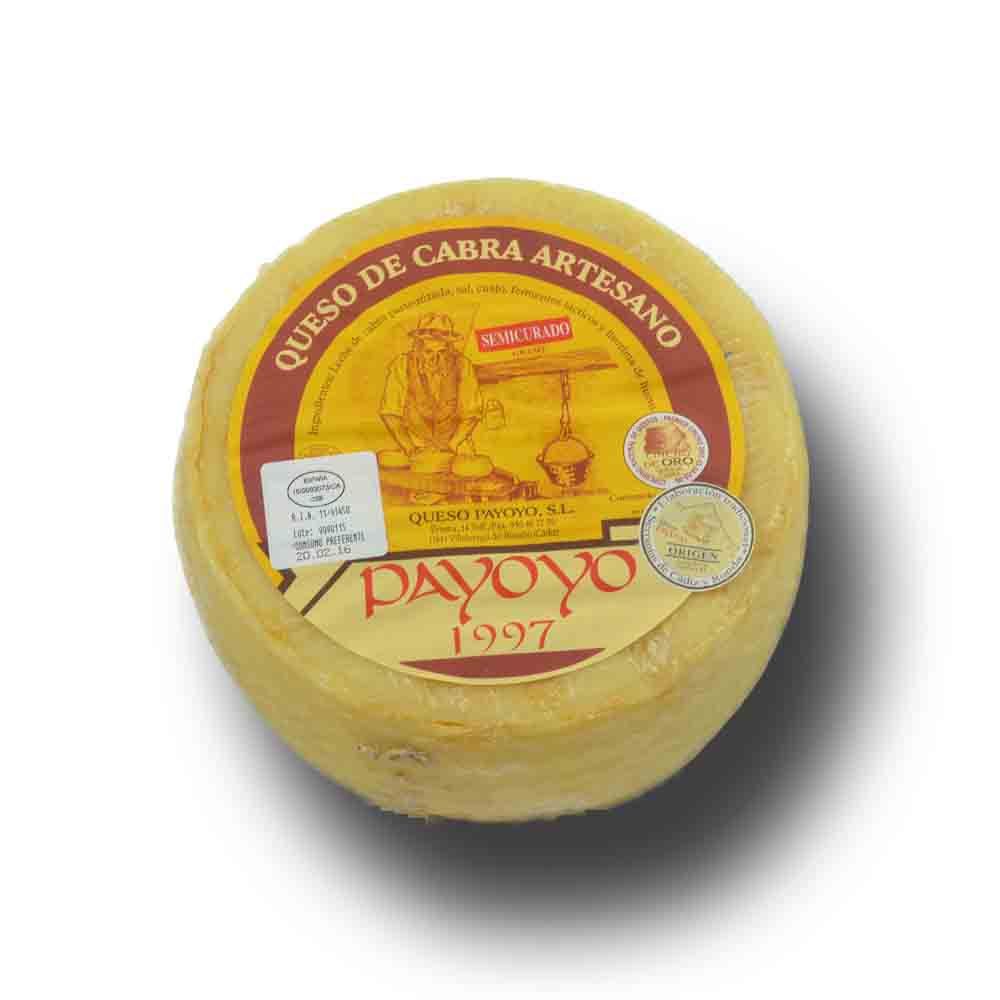 The cheese coming from Payoya goats is of unparalleled quality. The cheese contains nuances and flavors difficult to find in other goat cheeses. Among the cheese factories that have the fortune of having access to the raw material, El Bosqueño stands out a producer of the cheeses of the Payoya goat and Grazalmeña sheep of exceptionally high quality. This quality has led this factory to win 5 awards in various categories at the recent World Cheese Awards. Also distinguished is the Payoyo cheese factory, which champions this product and develops other products of the highest quality, all of which have earned the factory 5 awards in cheeses produced with Payoya goat's milk in the last World Cheese Awards.

The quality of the Payoya goat's milk merges with the fine work and tradition of these cheese factories, carrying out a process resulting in an exquisite product. And so these cheeses can be found with butter, paprika, rum, or oil. Noteworthy is the so-called "emborrado" process, a Cádiz tradition, which achieves a maturation of the cheeses to unmatched levels. El "emborrado" is a term that designates the maturation method of the cheeses using oil and wheat bran, which give the cheese fabulous nuances of flavor.